The National Institute on Disability, Independent Living, and Rehabilitation Research (NIDILRR) is part of the federal Administration on Community Living and is a primary funder of applied research impacting individuals with disabilities. Learn about NIDILRR’s research agenda, unique funding mechanisms, and programs, and understand the pathway from research idea to research funding from NIDILRR. 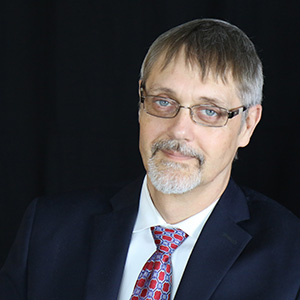 John Tschida, MPP, has spent more than 20 years using data and research to drive policy change and service development for individuals with disabilities. Before joining AUCD in February of 2017, he was appointed as director if the National Institute on Disability, Independent Living, and Rehabilitation Research (NIDILRR) at the U.S. Department of Health & Human Services. NIDILRR is the federal government’s premier applied research agency impacting individuals with disabilities.Prior to joining NIDILRR in 2014, he served as director of public policy and innovation at Allina Health in Minnesota, where he helped integrate medical and community-based services for people with disabilities. At the Courage Center, Minnesota’s leading nonprofit provider of rehabilitation services, Mr. Tschida was vice president of public affairs and research. There, he built and directed a public policy and research team that focused on defining and achieving better outcomes for people with disabilities. He also led a statewide, cross-disability legislative coalition of more than 100 provider and advocacy organizations. Earlier in his career, Tschida served as a research fellow at the National Rehabilitation Hospital Center for Health and Disability Research, in Washington, D.C. He was also assistant director of the Minnesota House of Representatives Public Information Office.